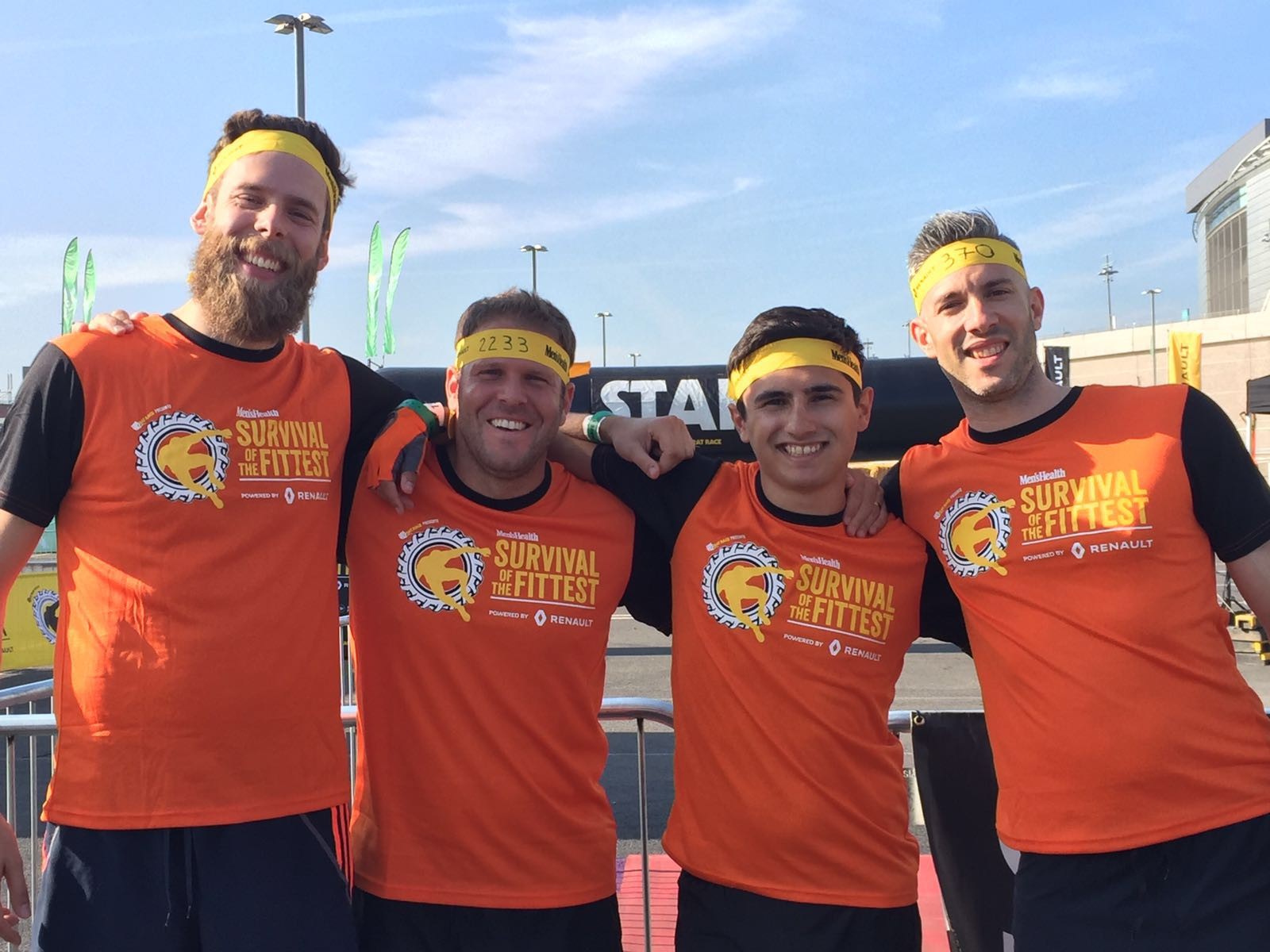 Each year Men’s Health organise Survival of the Fittest at Wembley Stadium. Essentially it’s a 10 kilometre obstacle course that starts and ends in the car park outside Wembley Stadium, and in-between snakes up and down stairs, over hay bales and through the local reservoir.

Rob, founder of First Wealth (and fitness freak) had already done the course a couple of times and this year decided to rope in as many of the First Wealth team as possible. Feeling the pressure from the boss, Sam, Joe and myself all felt obliged to take part and before you knew it we were signed up for an obstacle course we didn’t want to run in.

When a spare slot became available it only felt right to rope my wife in too. When she asked for more details I just explained it was an obstacle course that involved water slides and stunt jumps (both true!)

On the day of the race Team First Wealth met up in the car park, put on our new Survival of the Fittest t-shirts and head gear, and had a light stretch before the race started.

The starting horn blew and the rest is best described in this video.

The day was awesome! Rob and Sam broke the one-hour mark, Joe completed the course and my wife got closer to getting over her fear of heights.

If you like a challenge, I highly recommend you have a go at this. Next year we’ll put together an even bigger team and you’re all welcome to join!

The First Wealth team met up in the car park, put on our new Survival of the Fittest t-shirts and head gear and had a light stretch before the race started.