Client Sign In
Home | Blog | What will Brexit mean for housebuilders?
Go back

What will Brexit mean for housebuilders? 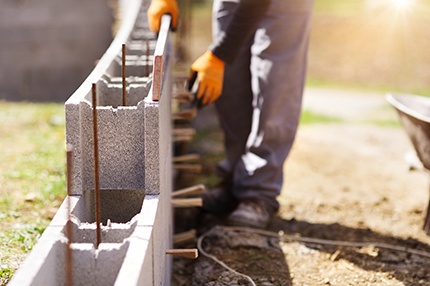 From all corners of the establishment, doomsday predictions are reigning down about what a post-Brexit world will mean for Britain. We vote on our European Union membership on June 23 – but one sector that has thus far received relatively little attention is the UK’s property market.

Britain needs to build 300,000 new houses a year if she is to keep up with demand. At present, we build nowhere near that number, and house prices rising faster than wages is a major problem.

Many people in London have given up on the idea of owning their own home and fears are growing that problem could become just as acute in the rest of the country.

Britain’s housing crisis is well documented – but effective solutions are thin on the ground. Could Brexit be the silver bullet to the brick-and-mortar beast? The European Union certainly imposes an encyclopaedia of rules and regulations on the UK. If we are freed from all this red tape, will we then be freed to build the houses we need?

Well, unfortunately not. The general consensus among experts is that a Britain who breaks free from the European Union is a Britain whose housing problem will only get worse.

Ranks of industry figures are voicing their concerns over the effect Brexit could have on the private sector’s ability to build houses. Two thirds of global real estate investors believe inward investment into UK property and property companies would dry up in a post-Brexit world, according to a KPMG poll.

The overall message is that Brexit will create market uncertainty investors and developers in the housing sector could well do without. They argue that fears of potential volatility will lead to fewer houses being built, pushing prices that jumped 10% in 2015 even higher.

Which raises the question: Why all the uncertainty?

The problem of undersupply in Britain’s housing market is a many-thorned rose. But a key issue is the critical shortage of skilled labourers to actually build the bloody things.

The fear is that a leave vote will deepen this shortage, as many non-British workers will be forced out of their adopted country and potential new migrants are blocked or dissuaded from entering the UK job market.

Half of Berkeley Group’s 14,000 subcontractors are from Eastern Europe and the high-end housebuilder’s chairman Tony Pidgley believes his company’s ability to build new houses will be severely weakened in the event of a Brexit.

“I’m very British and I believe in Britain and I like to buy British,” he said, but Brexit “would make a massive difference.”

Some reports estimate that leaving the EU would shave a fifth of the value from the British Pound. A weakening exchange rate means there is less benefit for overseas workers plying their trade in the UK. As such, Anthony Codling of global investment banking firm Jeffries told the Telegraph he is worried Brexit will intensify the already-troubling skills shortage.

He said: “We could see a reduction in skilled labour which, if it was constricted more, we could see upward pressure on house prices.”

On the flip-side, the latest available data (2011 census) found that only 10% of those working in construction were not born in the UK. Post-economic crisis working trends are expected to have nudged that up a little. But the vast majority of construction workers will not be affected by Brexit, as they are born and raised in the UK. Will losing a fraction of 10% of our builders really hold back housing starts significantly?

Hansen Lu, an economist at Capital Economics still thinks so. “Given that it takes years to train skilled tradesmen, immigration reflects the easiest route to meeting the current labour shortage,” he said. “Thus, if it compounded existing labour shortages, Brexit could have a lasting, dampening effect on housing starts.”

Many of these predictions are theoretical and, in truth, nobody is sure just how badly a Brexit could impact housebuilding. But if there is one thing analysts agree on it’s this: if the UK votes to remain, confidence in the housing market will return and the sector can expect to benefit from a ‘Brexit bounce.’

This article is for information only and does not constitute advice.  Anyone considering any form of financial planning should seek independent financial advice.

First Wealth LLP is an appointed representative of Best Practice which is authorised and regulated by the Financial Conduct Authority (FCA).  You should note that the FCA does not regulate tax advice.